IF I WERE THE COMMISH...
By Nate | Thursday, September 29, 2011 @ 10:26 am
I've tried my hardest to ignore all the conversation surrounding conference expansion. I don't really have strong feelings on the topic and all I really care about is that Georgia beats the next team on the schedule. But, now that Texas A&M is officially the 13th member of the SEC and the ACC has added a couple basketball schools, I will go ahead and address the subject - however, I will do so in fantasy land.

In my made up world I have appointed myself NCAA commissioner with complete and total control. I have decided that the best course of action for maintaining the rich history and pageantry of college football as well as improving the antiquated postseason setup is to set up 5 16-team "super conferences." These five conferences will be modeled after existing conference affiliations and will attempt to maintain some semblance of historic rivalries and geographic proximity. Obviously, football is the primary motivator for these changes, but I can say that basketball was given some minimal consideration during this process. Below are how I have deemed the 5 conferences will now be set up: 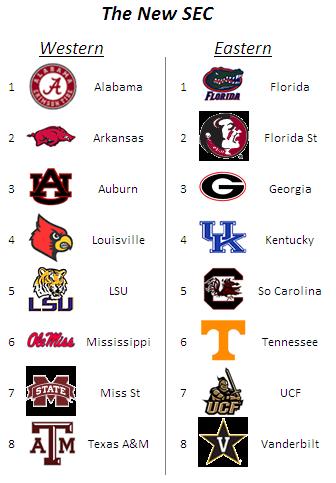 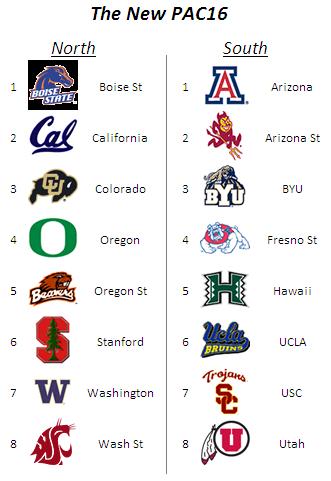 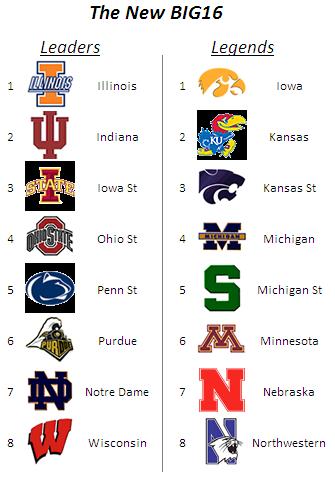 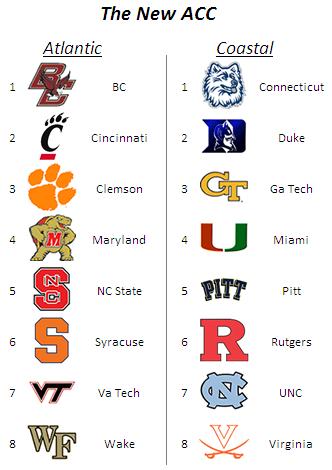 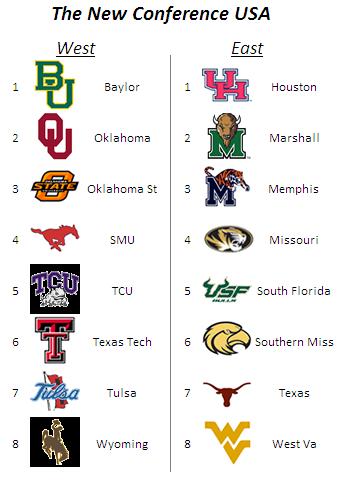 In my opinion, this alignment properly reflects the recent success combined with historic relevance in selecting programs to be a part of these top 80 schools. Obviously, no matter how many slots there are there will always be disagreements about the last few that didn't make the cut. I'd say my last 3 in were Wyoming, Tulsa and Rutgers, and the top 3 that just missed out were Central Michigan, Nevada and San Diego State.

Now, on to the post-season revisions. The bowl system will stay intact, but the number of bowls will be no more than 30. This past season there were 35 bowls which means 70 teams played in the post-season. I know bowls generate revenue and boost popularity, but having over half of schools playing in the postseason is just fundamentally wrong. The NFL allows 37.5% (12/35) of teams to make it and MLB rewards only 26.7% (8/30). The NBA lets in 53% (16/30), but their postseason is constantly ridiculed for being too long. Our current postseason setup allows 58% (70/120) to be rewarded with bowl bids. I believe that number should be under 50%.

Of course, the number of bowl games pales in importance to the real question. How do we crown a national champion? The answer is with an 8 team playoff. Each of my new conferences will hold a conference championship game to determine 5 conference champions. After all championship games have been played a final BCS ranking will be published much the same as it is today. (My only tweak here would be to get the AP poll back as a component to the BCS formula.) When the dust has all settled, the top 3 BCS ranked teams that are not already in the playoff will be added to the tournament. Conference affiliation will have no bearing on the 3 "at large" teams. That means that a team outside the 5 super conferences can make it. Additionally, it would be possible that all 3 "at large" teams could play in the same conference, meaning one conference could send as many as 4 teams to the tournament. Just win... and you're in. Below is an example of how the playoff might have looked based on the ending to the 2010 season. 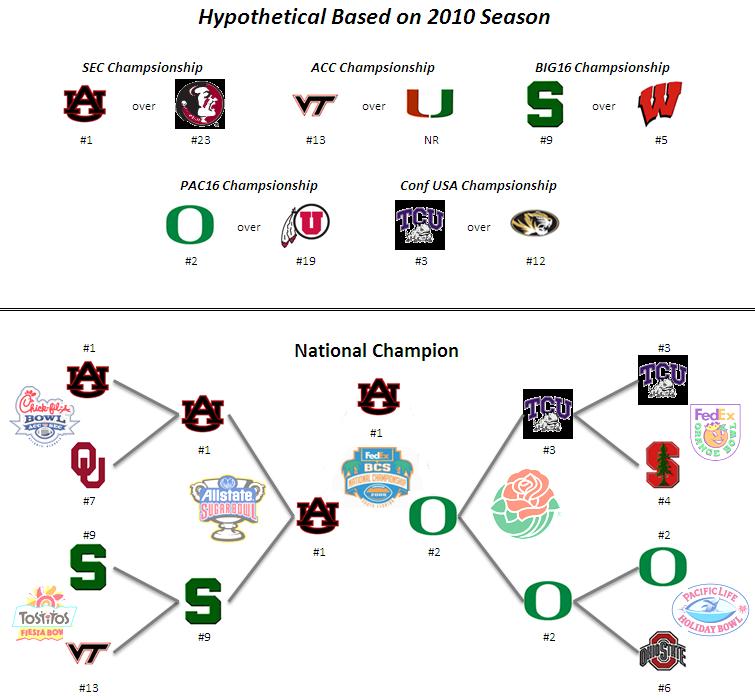 Well, there you have it. The college football world, if they put Nate in charge.